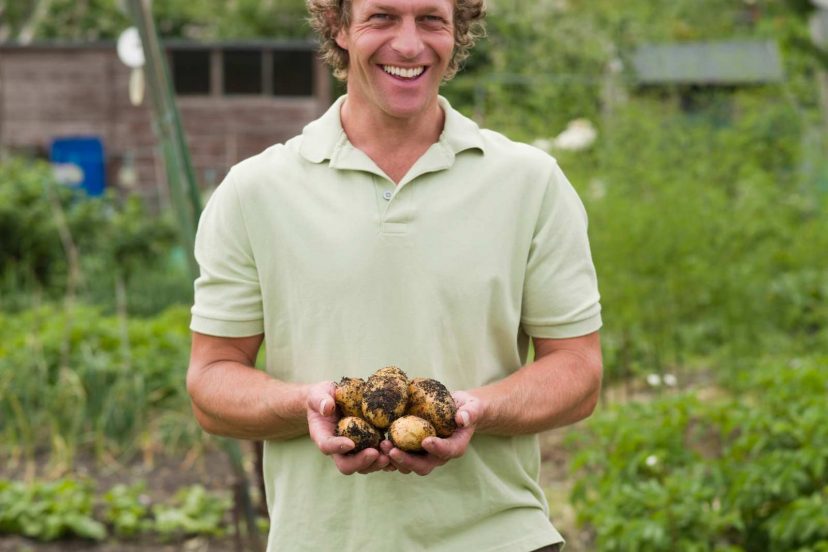 Today is the age of food security and potato acts as a staple food in many countries. For potato lovers, it is a more tedious job to wait for potato. To ensure the right commodity of potato at the right time, you should know about the factors which play their role in different developmental stages of potato.

Here in this article, I will tell you about how long potato takes to grow. Side by side the different growth stages of potato along with the factor that plays a role in the growth and by which means the growth of potato delay.

First of all, I will tell you about the different growth stages of potatoes and the time taken by each phase to complete.

There are five primary developmental stages of potato which the plant cover during its short growing cycle which lasts for 3-4 months. Most of the changes are not visible because potato tubers develop underground.

First of all, the eyes from the potato emerge out from the ground and develop into a sprout. These sprouts become visible and develop into vegetative part of the plant known as stems and leaves. During the sprouting stage, the starch content of the tuber becomes the only source of nutrition of the plant. At this stage the soil temperature will affect the sprouting it will decide how long this stage will take and sprouting will not happen if the soil temperature is close to freezing.

After sprouting the visible above-ground portion of the plant to start developing, it is the second stage of growth. At this stage essential part of plant-like leaves, stem and root system of the plant start developing and ultimately photosynthesis begins which provide nourishment for the developing plant. For this stage, warmer temperatures of 77oF or more for about 14 to 18 hours of sunlight are preferred. The sprouting and vegetative states combined can last from 30 to 70 days.

The tubers begin forming at the tip of the stolon of the potato plant, but they are not yet enlarging at this stage. Stolon is basically underground stems and most of the potato mass lies 18-24 inches below the soil surface. The shallow part of the tuber means that they required sufficient water which is important for healthy potato growth. Along with irrigation, the photosynthesis process plays a vital role in the nourishment of the plant and nutrients are stored in the early tubers which required in the next stage, where they begin to bulk up. The tuber initiation period will last for about two weeks. For most of the potato varieties, a stage reach where plant move to reproductive stage.

The tuber cells start expanding and grow significantly in the next developmental stage. Here is the buildup of carbohydrates, water, and other nutrients in the tubers. This growth stage lasts for the longest period and takes about three months to complete which depends upon the growing conditions and type of potato plant. During this period, the plant prefers cooler temperatures having shorter days.

Photosynthesis slows down with the passage of time, which leads to the yellowing of vines and falling of leaves. As the potato tuber continues the deposition of starch in them then the vegetative part of the plant which is above ground will slowly die. However, if such varieties are used which had a longer life cycle than the growing season, then the maturation stage may not fully finish before harvest needs to take place. As potato plant leads through this stage, the skin of the potato toughens and made it more friendly for storage.

Factor plays a role in the growth of potato:

Genetic factor plays a vital role to complete the growth phases in a short time. The growth factor depends on the variety to choose from. On the basis of growth completion, there are three types of varieties available.

Early varieties: By growing these varieties, you can get potato harvest in 90 days. Many famous varieties are Irish cobbler and King harry.

Mid-season varieties: They take a bit longer than early varieties to mature enough for harvesting. It may take more than a hundred days to give a proper harvest. The most famous varieties of this type are Yukon Gold and Red Lasorda.

Late varieties: They take more than 110 days to give high yield harvest. By extending the duration they give a high yield. The most common varieties are Butte and Kennebec.

Extra late varieties: Elongated fingerling potatoes are very common and fast-growing potatoes. If you want to grow fast, then it is not an ideal choice. You can speed up the growth process by pre-sprouting process.

To grow early harvest potato always chose early varieties that provide harvest in just 3 months. Otherwise, if you prefer other varieties for their taste then improve culture practices like done pre-sprouting to speed up the process. 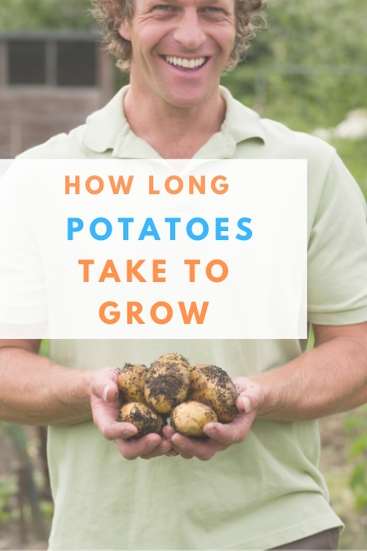 It is also known as a Growing degree unit. It is a weather-based indicator for assessing crop development. Growing degrees (GDs) is defined as the mean daily temperature (average of daily maximum and minimum temperatures) above a certain threshold base temperature accumulated on a daily basis over a period of time. Each plant phase required its own degree days to complete its growth phase. The main key role played by degree days is temperature. You can calculate degree days for each phase by this formula.

Seed potatoes require a well-drained soil that has an optimum temperature of a minimum of 40o Fahrenheit. Otherwise, the cold soggy soil is not suitable for the seed potato because it will rot the pieces of potato tubers. If your garden has poorly drained soil like heavy clay, consider sowing the seed potatoes in raised beds to boost drainage and avoid rotting. You will improve soil conditions by adding organic matter to the soil before planting, like compost, rotted leaves or at least two-year-old farmyard manure, to assist the growth of tubers.

Reducing the tuber formation: Always ensure that a plant can form 2-3 potato tuber otherwise a single plant fail to fulfill the starch content of multiple tubers and you did not get the desired potato at right time.

Proper tillage practices: Use appropriate tillage to make the soil porous which ultimately enhances the growth rate of potato. On the other hand, compaction of soil does not allow to tuber to grow properly, which affects the period of potato development.

Protection from pest: you have to protect the potato plant from all types of pests because they act as biotic stress which ultimately affects the growth rate of the plant.

Irrigation and Fertilization: Application of fertilizer and irrigation at the right time with optimum range will enhance the formation of potato tubers.

How well you handle the seed potatoes will play a vital role in how well they grow. If the seed potatoes are larger than an egg size then you should prefer 1- ½ inch chunks with a minimum of two eyes, while egg-sized or smaller tubers are planted as a whole. Cut seed potatoes bruise more easily than the whole potatoes which might damage cells and make them more prone to disease. Disease within the soil or that already exists on the tubers can easily enter these bruised areas and protect them from distortion.

Slow-to-emerge potato plants are often the results of sowing them in soil that is too wet, cold or dry. Freshly cut seed potatoes can become dehydrated, fail to heal properly or develop the disease, preventing growth. Freshly cut potatoes need oxygen, high humidity and soil temperatures between 50 and 65 F to heal it properly. If the soil does not offer these conditions, cure the seed potato before planting. It will enhance the formation of potato. If the soil does meet these conditions, plant seed potato immediately after cutting to get an early harvest.

Hopefully, now, you get that how to improve the growth rate of potato and get early harvest with good yield and quality.

Big potatoes are mainly used for baking. It is very popular now a day. Many growers…