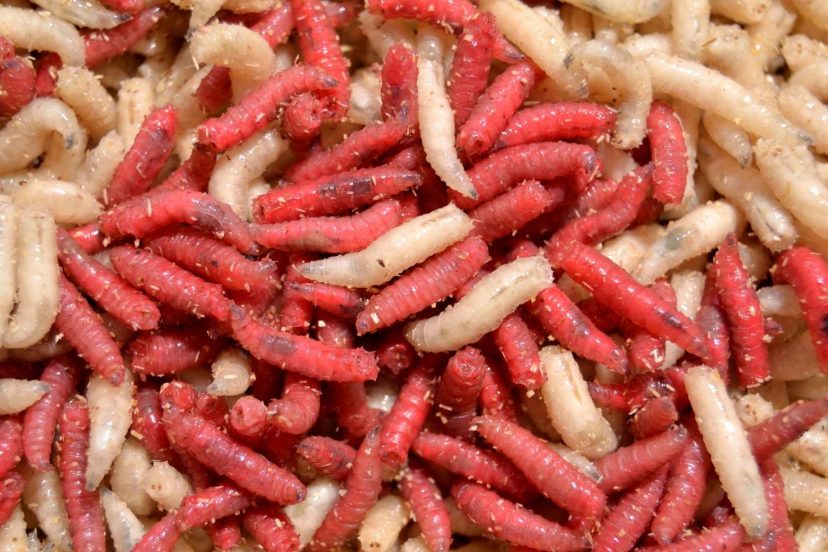 The Cabbage Root Maggot is a fly that lays its eggs on the roots of cabbage plants. The maggots hatch and feed on the root system, reducing growth and sometimes destroying the plant. This group of pests can be found anywhere around the world, including North America and Europe. If you have cabbage plants in your garden or backyard, it is recommended that you identify and control the maggots. They are difficult to control because they hatch and live in the soil.

The Cabbage Root Maggot is a fly that lays its eggs on the roots of cabbage plants. The maggots hatch and feed on the root system, reducing growth and sometimes destroying the plant.

In this article, I will be going over some of the symptoms and identification methods so you can be more aware of this pest.

Cabbage root flies, which are pretty much identical to cabbage maggots, lay their eggs on the lower part of the leaves of plants that belong to the Cabbage family. The eggs hatch in 6 to 7 days and begin burrowing their way into the root system of the vegetation where they start feeding on neighboring roots and soil.

There are two generations each year – in the spring and during the summer months. The Spring generation is much less pronounced than the Summer one, as they only survive for a few weeks before dying off.

The life cycle of the maggot is rather short – just a few weeks. The Maggot spends the first part of its life underground, burrowing a network of tunnels in the plant root. As it feeds on the inner portions of the roots and stems tissue, cabbage maggots do not damage the outer green portion of plants.

They burrow into the soil in search of tasty brassica roots and then burrow back into the soil to avoid the heat from the sun. After months of eating, mating, and laying eggs, it is time for cabbage maggots to seek out a place to transform into adult flies.

Seedlings are very susceptible to root maggots while they are still underground. Unfortunately, most of them can't be rescued and must be eradicated. But if you spot the first signs of cabbage root flies, you know there is no time to waste.

Once the maggots have finished feeding on the cabbage roots, they move upward into the soil/leaf litter and burrow shallowly just underneath the surface, where they form pupae. The pupae remain in this phase for 10 days before turning into an adult fly.

They’ll then emerge as flies and lay eggs, completing the lifecycle. They can lay up to 200 eggs in their lifetime.

Cabbage root maggots are the larvae of the species Cydia pomonella. They are small, white, and very hairy. It is a very invasive insect that causes extensive damage to crops and it has long been a major problem for farmers who deal with garden crops like cabbage, broccoli, cauliflower, and lettuce.

As with most maggots, they present an unpleasant sight because of their stench. They are more commonly seen in the cabbage patch, as well as broccoli and cauliflower.

Cabbage root maggots have three developmental stages, which are larvae, pupae, and adult.

The cabbage fly is an insect that is small in size compared to the size of the cabbage plant. These maggots are able to cause a lot of damage and even kill the entire plant if not detected and controlled.

It resembles a small housefly but is smaller in size. Its body is grey in color, and it has a pale white appearance with bluish legs. The cabbage flies are very aggressive and attack the plants quickly and in large numbers.

After feeding for about three days, the maggots change to white pupae. They are small and skin-like in appearance. These pupae are stuck together using silk and look like pineapple.

Eggs are about ⅛ inch and oblong and laid in compact masses. The cabbage maggots emerge from the eggs and mature into adult flies within three weeks.

The pest does not have a seasonal preference and can be observed throughout the year.

They can often be seen in the early morning or late afternoon when they are returning to their pupae.

Larvae hatch and tunnel inside the stems and roots of cabbage, kale, and broccoli. They tunnel through the root systems and feed on it. The damage causes watery rot and may destroy the cabbage or cauliflower plant entirely.

After feeding, they become cabbage root maggots which is the stage in which the flies emerge.

How Do You Control Cabbage Root Maggots

It is nearly impossible to control cabbage maggots themselves. They reproduce rapidly and can get out of hand quickly. As adult flies, they are blind and squeaky. If you squash them, they start squeaking again.

Once they are in the roots of your plants, you have to strive to make sure they don't reproduce. This is done through the timing of planting, crop rotation, sanitation, and pesticides.

The only effective control of cabbage maggots is prevention. Cabbage maggots are most prevalent during the early part of the season. This is because cabbage is almost universally planted at the same time as broccoli, cauliflower, kale, and Brussels sprouts.

Cabbage root fly control starts with a good sanitation program. This is especially true during the off-season when there are few eggs or larvae.

Your best bet, if you would like to try to control the root maggots yourself, is to make sure your soil is well tilled and loose enough for the cabbage root maggot larvae to move around. The larvae will then go in search of food.

If you must use pesticides, nematodes are effective. The nematodes will hunt out the maggots and feed on them. They are considered safe for humans and animals.

If you plant your cabbage early, the cabbage root maggots will probably die off during a cold winter.

However, be aware that these sorts of insecticides can also kill some of the beneficial bacteria that live in your soil.

Most red cabbage root maggot damage occurs when temperatures are between 50-70 degrees Fahrenheit. Prevention involves timing plantings so they are not susceptible to the pest at a time when temperatures are cooler. The plants should be kept watered and mulched to maintain optimal growth conditions.

Floating row covers can also be used to block the light from reaching the plant, which will inhibit cricket activity. Additionally, staking and tying plants in place will cut down on movements of soil particles and improve aeration.

It is possible to control the maggot population on your property by working with a licensed pest professional. Cabbage root maggots are difficult to monitor and detect in-season due to their size. It is necessary to take action early in the season for the best results.

Make sure edges are sealed and the disease is in the root zone, not in leaf or stem tissues.

Inspect roots that are beginning to turn yellow or lose their vigor. If you find evidence of damage, a licensed pest professional should be contacted immediately to take care of the infestation.

Late planting can cause earlier damage. Floating row covers can be used to delay the onset of the pests. However, this does not prevent the problem entirely and in most cases does not work in warmer climates.

Practice crop rotation, two or more years in a row on the same plot of land can cause an increase in root maggot numbers.

If crops are grown on timeshares, it is best to plant vegetables with root maggot problems later in the season. This will prevent migration from neighboring plots.

Till garden in the fall. If cabbage root maggots are present, they will be exposed to nitrogen in the autumn and should be able to find their way into the soil after the season is over. A crop of legumes can also help to sustain a local population of root maggots.

If you’d like to keep cabbage root maggots to a minimum, consider planting a legume in the fall after your cabbage has been harvested. Legumes will help to sustain the pest population through the winter.

Cabbage root maggots cause considerable damage to crops like cabbage, broccoli, cauliflower, and lettuce. Cabbage flies are found all through the year, but the majority of them emerge in the spring from their eggs that are laid during the winter. The best way to control these pests is by prevention which includes sanitation programs like sanitation and crop rotation with your vegetables. Nematodes are safe for your plants and yourself but may kill some of the beneficial bacteria in your soil. If you have any other ideas, please let me know.

How To Get Rid Of Black Bean Aphids : Complete Guide

Black bean aphid is a pest that can cause major crop damage, and it has been…