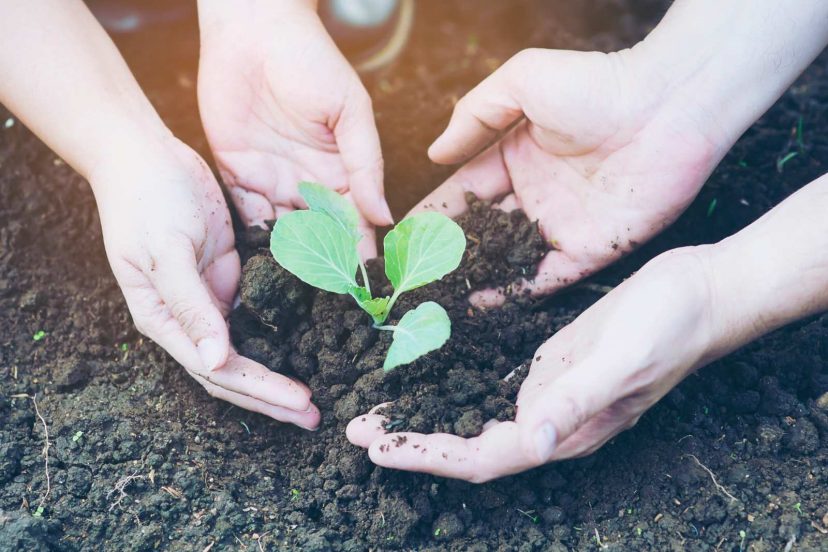 Today the trend of organic farming increases day by day because it is safer for the health of human beings, side by side it also lowers the cost of production of edible vegetables. There are many natural ways are present which use to protect the vegetative up ground part of the plant while when it comes to soil-born insect pest one word came into mind is beneficial nematodes. It is the biological means to control the pest population side by side their movement also made soil porous so it lessens the soil preparation practices.

In this article, I will tell you about the beneficial nematodes and their advantages.

What are the beneficial nematodes?

Not all the species of nematodes are beneficial many of them use the plant as hosts and cause root rot diseases. The members of Steinernematidae and Heterorhabditidae families are used as beneficial nematodes for your garden. They are also known as entomopathogenic nematodes. They control the soil-borne pest along with the pest present around the leaves. They feed on over 200 pests from up to 100 insect families.  These pests are ones that either directly injures our desired lawn or plants, or immature grub stages of insects before they mature to adults that cause damage.

They are tiny microscopic micro-organisms which is colorless roundworm which is elongated in shape having a non-segmented body and mostly found under the soil. They range in size from 0.6-2 millimeters. Four species of Steinernema and one species of Heterorhabditis are commercially available in the market. Steinernema is the most extensively studied beneficial nematode because it is easy to produce. Heterorhabditis is more difficult to produce but can be more effective against certain insects, such as the white grubs of the Japanese beetle.

Different types of nematodes and their behavior:

Nematodes are usually between 0.6 and 2 millimeters long, with a cylindrical shape and an unsegmented roundworm body. There are several species from two specific genera that are commonly sold to protect your garden.

The first genus is Steinernema. They can multiply easily, and are the type most commonly sold for insect protection. There are two most popular species of Steinernema which are available commercially are Steinernema feltiae and Steinernema carpocapsae. These species mostly attack insects that are very close to the surface and hunting in an area between 0 to 3 inches deep in the soil.

It is a good species that usually attack shallow pests and they are slightly more active than Steinernema carpocapsae which make it more mobile hunter, but it is not as mobile as Heterorhabditis bacteriophora which you will touch on in a minute.

It is also used to eradicate fungus-like gnats and larvae fly. This species is more resistant to cold temperatures among other beneficial organisms used in the garden and readily available.

It is the second species of the same genus. This variety is less mobile but it is a great tool for attacking caterpillar larvae.

In the second genus Heterorhabditis, H.bacteriophora is a more specific species that is tougher to supply for commercial scale. It is very effective for deeper dwelling insects, especially grub worms and beetle larvae like those produced by the Japanese beetle. H. bacteriophora can penetrate up to 7 inches into the soil.

The life cycle of beneficial nematodes:

Both the genus has similar life histories. They consist of a total six distinct growth stages:  an egg stage, four juvenile stages, and the adult stage. The adult spends its life inside the host insect. The third juvenile stage, called a dauer, enters the bodies of insects (usually the soil-dwelling larval form).  The non-feeding, developmentally arrest the infective juvenile seeks out insect hosts and start infections.

When the prey population has been located then these nematodes penetrate into the insect body cavity through natural body openings like mouth, anus and spiracles or areas of the thin cuticle. Once within the body cavity, a symbiotic bacterium relationship form like xenorhabdus for Steinernema and Photorhabdus for heterorhabditids is released from the nematode gut which multiplies rapidly and causes sudden insect death.

The nematodes meet the bacteria and liquefying the host and mature into adults. Steinernema infective juveniles may become males or females whereas Heterorhabditis become self- fertilizing hermaphrodites. However, subsequent generations within a number produce males and females also.

They complete their life cycle during a few days and many thousands of recent infective juveniles emerge in search of fresh hosts. They formed a nematode-bacterium complex. The nematodes may appear as little quite a biological syringe for its bacterial partner yet the link between these organisms is one in all classic mutualism. Nematodes’ growth and reproduction depend on conditions established within the host cadaver by the bacterium.

The bacterium further contributes anti-immune proteins to help the nematode in overcoming host defenses and anti-microbial that suppress colonization of the cadaver by competing secondary invaders. Conversely, the bacterium lacks invasive powers and depends upon the nematode to locate and penetrate suitable hosts.

The adult nematodes spend their life inside the host pest. The third juvenile stage is also known as dauer enters the bodies of insects usually the soil-dwelling larval form. Some nematodes hunt down their hosts while others look forward to the insect to come back to them. Host seeking nematodes travel through the soil and the skinny film over the water that coats soil particles. They explore for insect larvae by using the built-in homing mechanism that replies to changes in carbon dioxide levels and temperature. They also follow trails of insect excrement.

After finding one nematode it enters an insect through its skin or natural opening. They release toxic bacteria that kill its host usually within on a daily basis or two. In a short period of time, the nematodes withstand several generations of an adult which accurately fills the insect cadaver Steinernema reproduction requires a minimum of two dauer nematodes to enter an insect but one Heterorhabditis can generate offspring on its own. The nematodes actively search for insect larvae. One inside the larva the nematodes excrete specific bacteria from its digestive tract before it starts to feed.

The bacteria multiply very rapidly and convert the host tissue into a product that the nematodes take up and use for food. The larva dies within some days and also the color changes from white-beige to orange red-brown. The nematodes multiply and develop within the dead insect. As soon because the nematodes are within the infectious third stage they leave the old host and begin trying to find new larvae. Infected grubs turn color from white-beige to red-brown 2-4 days after application and become slimy. After some weeks’ dead larvae disintegrate completely and are difficult to seek out.

There mainly six main advantages due to which they prefer to control pests rather than pesticides.

How to apply to soil:

For the Gardner grower, localized spraying is perhaps the quickest and simplest way to induce beneficial nematodes into the soil. They are available in the market in the form of gels, dry granules, clay, and water-filled sponges. You can dissolve all these things in water and they release a lot of nematodes. Typical spraying will introduce a lot of nematodes each able to start searching for an insect into your garden.

Nematodes should be sprayed on infested areas at a time when the targeted pest within the soil. Timing is very important, otherwise, you will have to repeat the applying. If you are in a very warmer climate, beneficial nematodes are best within the summer. In any case, if you are unsure of when to use beneficial nematodes call the extension service to know when and how long the soil-dwelling stage of the target insect is going to be present and plan your nematode application for that point.

So in this way you can protect your garden from the harmful soil born pest which gives uncountable damage to your plant by using beneficial nematodes. Moreover, it is also environment-friendly. 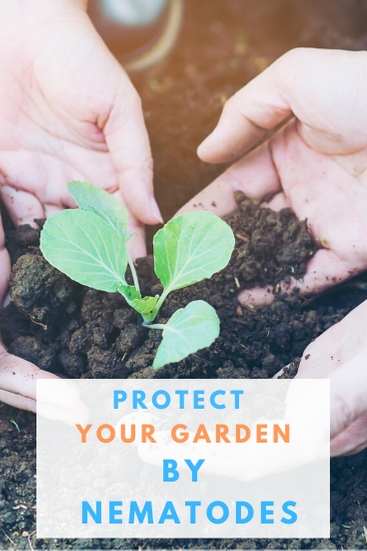 Ultrasonic Pest Repeller Review. Which One Is Best To Buy

How To Choose The Best Insect Netting

Insect netting is a great way to keep pests out of your home and garden. It…

Choosing The Best Pump Sprayer For Your Garden